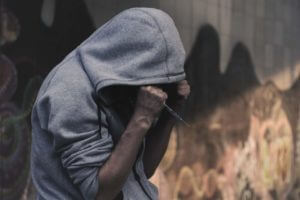 There are many people who believe that an addict is just a lazy person, or perhaps lacking in self-control.  The addicted person may even feel the same, due to the shame or guilt of his situation; however he cannot work any harder or gain any more self-control to resist the substance or behavior that has a hold on him.

If we look to the chemistry of the brain, the answer may become clearer.  Dopamine is a chemical produced by nerve cells that process and transmit information in the brain.  Dopamine is commonly associated with the pleasure center of the brain, providing feelings of enjoyment and reinforcement to motivate a person proactively to perform certain activities.

A cycle begins — as the person continues to engage in the pleasurable activity or use the outside substance, the body produces more dopamine to meet the need.

The body can eventually become overworked, thus limiting the amount of dopamine it is able to produce.  This decreased production sends the message for increased use of the outside substances or behaviors, further overworking the pleasure center of the brain.

Once this cycle has begun, the normal levels of dopamine no longer seem sufficient to the body.  This causes the brain to require an increasing amount of the outside substances and behaviors to get to a state of emotional “normal”.  There is no longer a great high associated with their use, and as the cycle continues, the brain never really gets back to “feeling good”.

This brings on a depression during sober periods and solidifies the need to continue using, because it begins to feel as though there will be no feelings of pleasure without it, ever!!

While it is believed that people can be born with an “addictive personality”, placing the responsibility on genetics, a truer measure of a body’s inherent need to be soothed by an outside substance or behavior can be found by looking at the various developmental stages from conception onward.

A “heroin baby”, for example, (a baby perceived to be born addicted to the heroin its mother was using during the baby’s development) is not actually addicted to heroin.  Exposure to the drug during development increased the baby’s dopamine levels, over-working the baby’s fragile system.  Consequently, the baby is born with a weakened pleasure center and requires more external help with being soothed.

A child that experiences a trauma, like being abandoned by a parent, might feel isolated and begin self-soothing, a learned behavior that results from any part of the story created in the child’s mind.  This could lead to any number of isolating, learned behaviors by adulthood, such as a sex or love addiction. 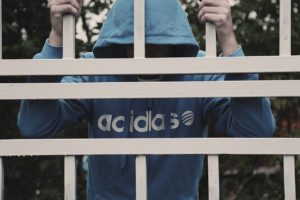 A teenager might feel overwhelmed by the stressors of life and be exposed to drugs and alcohol.  If there is a perceived pleasure response or a calming effect that is pleasurable, then the teen might continue to use the drugs and alcohol to ‘feel good’.

These events can happen throughout the life cycle; no age is immune as far as developing an addiction.  There just has to be a conflict, a shock that the body is unprepared for, and the use of any substance or learned behavior to sooth the resultant stress.

The result of an overworked dopamine production and release system can visibly alter areas of the brain that are critical to decision-making, learning & remembering, and behavior control.  These alterations help explain the compulsive and destructive behaviors of addiction.  Knowing this, however, does not make it any easier or harder to resolve.

The first step to overcoming an addiction is that the underlying conflict needs to be recognized and authenticated.  This will allow the body to release the conflict and heal. There are several holistic techniques that will help resolve the conflict and bring the body back into balance. 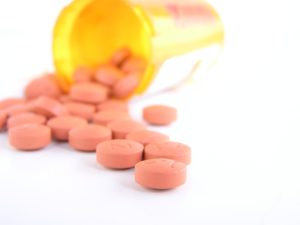 Medications are prescribed to lessen the depression and the physical effects of ‘withdrawal’.  This drug therapy can be part of an in-patient treatment program or out-patient work with a physician or therapist.

The next step is to join a 12-step program that fits the addiction.  The participation in these programs gives the addict a place to go and a group of people who “get it” – who understand what they are feeling, as well as the challenges of both the addiction and the recovery.

This is where most addicts stop.  Getting very comfortable being “in program” and depending on how hard they are working at their program, the addict may or may not ever get deep enough to see where some of the trouble started.  The trick lies in healing the conflict or traumatic event.

This is where holistic techniques can play a large role in healing; they work directly with the body and brain, taking the conscious mind out of the healing equation.

SER focuses on releasing the emotional blocks stored in the body’s memory.  An important concept here is that emotions, while being psychologically based, also have a physiological effect on the body.

Everyone has had emotional trauma, past or present, which the body has locked in its memory, often below the realm of conscious thought. Our bodies replay these old memories at different times and they can adversely affect our health.   Trained SER practitioners look for a physiological manifestation of a trapped negative emotion that they feel is preventing healing.

Coaches/Consultants who practice Somato Emotional Repatterning can balance an extremely wide range of emotional/mental issues with this technique. It can even be used to harmonize physical conditions that arise as a result of stress or other problems, including body pains and headaches. 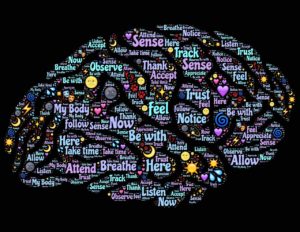 It’s important to recognize that Somato Emotional Repatterning, alone, doesn’t actually cure the client and eliminate the conditions that make a person act a certain way. Instead, it removes neurological barriers that can stand in the way of treatment and allows the body to begin healing itself naturally.

You can read more about SER here.

Holistic techniques such as SER will help the addict move from a continued state of recovery to actual healing.  Gaining access to the conflict in the Autonomic Control System and releasing it will begin the healing process, allowing the body to get back into balance and proper functioning.

Because of the way holistic techniques are used so effectively to help the body get back into balance, they benefit not only those with symptoms as strong as addiction, but also anyone who is feeling out of balance or “stuck” in any number of different situations.

If you are ready to deal with the root issues of your symptoms and begin moving toward balance and healing, give my office a call and let’s talk. (805) 644-0461. Help is just a phone call away.