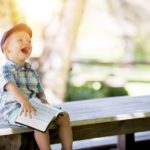 The dopamine system is responsible for a person’s ability to perceive pleasure, their motivation, their happiness, attention, motor control, and lots of other important things – including the sense of reward a person feels when they accomplish something.. You can see how important it is to maintain a healthy dopamine system.

Unfortunately, it is possible for people to develope a receptor deficiency. In fact, some people are born without the necessary receptors for their dopamine (or any other neurotransmitter) system to respond to neurological impulses. In the case of the dopamine system, this leads to reward deficiency syndrome.

Reward deficiency syndrome is a condition that somebody can be born with or can develop throughout the course of their life.

Reward deficiency syndrome that occurs from birth is a results of a genetic variation. People have a gene known as the DRD2 gene, which is responsible for growing dopamine receptors while a fetus is still in the womb. Like most genes, this one can have many variants. People who are carrying the D2A1 allele possess a variation that causes the body to develop an insufficient number of dopamine receptors. 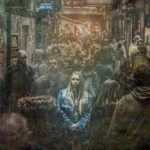 People who have used drugs or suffered from process addictions for any length of time may notice that they have difficulty returning to normal life during recovery. One of the main problems that recovering addicts suffer from is an inability to enjoy things.

Hobbies and activities that they used to enjoy might not seem pleasurable anymore. Social interactions may be difficult and lack the reward that they once presented. This is due to changes to the dopaminergic mesolimbic reward pathway in the brain.

The dopamine pathway, which is usually primed to release dopamine as a response to pleasurable activities like being in nature or exercising, becomes conditioned to receiving huge bursts of dopamine from addictive behaviors like sex, extreme sports, or using drugs. When a person recovers from their addiction, the natural processes which release dopamine are not enough to stimulate the system.

In an ironic twist, people who are born with reward deficiency are much more likely to develop addictions because their dopamine systems are not able to respond to pleasure in the same way that other people’s are. Unfortunately, feeding an addiction only worsens the symptoms of reward deficiency. 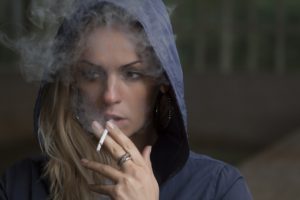 People who possess the same allele that is responsible for reward deficiency syndrome are highly likely to develop other conditions as well. They might develop ADHD, compulsive eating habits, gambling problems, Tourette’s syndrome, or psychotic disorders. Almost 50% of people who smoke cigarettes have this allele.  More than 50% of gamblers have it as well.

People who suffer from reward deficiency syndrome often seek things that can provide them with a thrill. it’s natural for somebody to want to seek pleasure, and for people who are not able to receive that pleasure from normal activities, they must seek it from more intense things.

If somebody does not seek to stimulate their dopamine receptors in these ways, they will probably have a very difficult time getting along in daily life. They may be lethargic and unmotivated. They might suffer from social anxiety disorders and have a difficult time holding down a job. 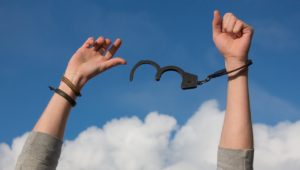 It is possible to offset the effects of reward deficiency syndrome. This is not a process that can be done overnight, and if you believe that you are suffering from reward deficiency, you will likely benefit from the help of a consultant or therapist.

To make your dopamine system functional, you are going to need to go through a process known as upregulation. This is a process by which your brain increases the sensitivity and density of its receptors.

Those who have suffered from reward deficiency syndrome since birth might have a more difficult time fixing the problem. Still, with the proper supplements and an understanding of neurology – or with the help of a holistic consultant who knows about these things – you can get your dopamine system up to speed.

Call my office at (805) 644-0461 for more information. Together, we can work to balance your dopamine system and help overcome Reward Deficiency Syndrome.