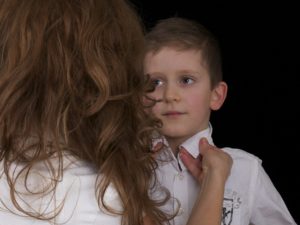 This is the real-life story of Samantha (name changed to protect her identity), one of my clients that I have been working with in the area of emotional incest. She has given permission to share her story in the hopes that it might prove helpful to someone else in encouraging them to get the help that they need. Here is Samantha’s story in her own words:

I have a 28-year-old son who is very gifted. He has an enormous heart, striking good looks, intelligence, devotion to his family, and the list goes on and on. He is an only child, and has been the light of my life since day one. I consider him my “gift to the world.”

The concern that was raised to me by family and friends was that my son appeared to have no sexual interest at all, either in women or men. As a matter of fact, other than a special school dance, he has never dated at all.

For a very long time, I did not see this as a real problem. He and I have always been extremely close, and I’ve been pleased and proud that he still adores his mother. Even during his teenage years our closeness never wavered, and we love doing things together.

However, it has been brought to my attention that our relationship might actually be the source of my son’s stunted sexual growth and development. At first, I thought that idea was outrageous — I have never touched him inappropriately or considered doing so. With the help of coaching and consulting, though, I’ve been mortified to see how accurate this really is. And as I look back over my years as a mother, I see many unhealthy habits that have led us to this point.

After my son was born, he slept in the bed with my husband and me for convenience sake. I nursed him for 3 years — he craved the comfort, and I found it the most beautiful experience I’d ever known. My husband left our bed after 1 year because he needed a full night’s sleep. I was warned by a friend that this was an unhealthy compromise, but I felt that it would eventually be forgotten and everything would be fine. My husband protested that he couldn’t take the baby’s crying, so I continued to let the baby suckle.

During the second year of this, my husband seemed to snap mentally. When the baby cried, he’d fly into a rage. He’d shout, bare his teeth — all in front of the baby. We had dated for 4 years before marriage, during which time he had never raised his voice. I couldn’t understand what was happening, and I just wanted my sweet husband back.

As the years passed, though, my husband’s behavior became more and more abusive. And the more terrorized I felt, the closer my son and I became in my attempt to protect him. I began leaning on him for emotional support and comfort, which I now see was completely inappropriate on my part.

My mother was living with us at the time and referred to our home as the “loony bin”. Several times she even said “Get a room!” when my son and I would sit close. My son felt that she was joking, but now I get it. Other family members, too, have seen me as the problem, and have even tried to get my son out from under my influence. I was always surprised by this, but now I see that I am guilty of emotional incest.

I only share this “dirty laundry” to provide context. My son and I have discussed all of this and I have given him my heartfelt apology. He doesn’t want to accept that I carry any blame in this situation. I am on a pedestal in his eyes, which, it turns out, is common in these kinds of enmeshed relationships. However, I clearly see that I am responsible for stunting his sexual development. He has never expressed his sexuality because, on an energetic level, I am his lover.

I want to make every effort to turn this ship around and behave on a more intentional, conscious level. I have encouraged my son to begin dating, and he has attempted to do so, although without success so far. He is perceived either as gay, or as a mama’s boy. He wants to marry someday and have children, but he doesn’t know how to start.

All of these have been crushing and humiliating revelations to me. There has been a lot of damage, but I am determined to do what needs to be done to bring healing to our family and to my son’s life. I am thankful to have finally come to the realization that I am the problem, so that change can begin to occur. I have to be the adult and treat him like a grown man, and I cannot lean on him for inappropriate emotional support.

My hope is that by telling my story, someone else might recognize their own dysfunction and seek the help they need before too much damage is done.

NOTE: Samantha has made huge strides in dealing with this issue. With my support, she has come to own her part in the emotional incest that has characterized her interactions with her son. While Samantha and her son still enjoy a close relationship, she is learning to keep the lines of communication open and set strong, healthy boundaries. Both Samantha and her son are moving toward growth and healing!